For example, we could build a simple linear regression model from the following statistician salary dataset:

The simple linear regression model could be written as follows:

The best estimates for the coefficients (\( \beta_{0}, \beta_{1} \)) are obtained by finding the regression line that fits the training dataset points as closely as possible. This line can be obtained by minimizing the least squares criteria.

What does it mean to minimize the least squares criteria? Let's use the example of the regression model for the statistician salaries.

The least squares criteria chooses the \( \beta \) coefficient values that minimize the \( RSS \).

For our statistician salary dataset, the linear regression model determined through the least squares criteria is as follows:

This final regression model can be visualized by the orange line below:

How do we interpret the coefficients of a simple linear regression model in plain English? In general, we say that:

Using the example of the final statistician salary regression model, we would conclude that:

The true population regression line represents the "true" relationship between \( X \) and \( Y \). However, we never know the true relationship, so we use least squares regression to estimate it with the data that we have available.

We compute the standard error of the coefficients and determine the confidence interval.

Standard errors are used to compute confidence intervals, which provide an estimate of how accurate the least squares regression line is.

The confidence interval is generally interpreted as follows:

For example, for the statistician salary regression model, the confidence intervals are as follows:

In the context of the statistician salaries, these confidence intervals are interpreted as follows:

We use the standard errors to perform hypothesis tests on the coefficients.

The most common hypothesis test involves testing the null hypothesis versus the alternative hypothesis:

These can also be written mathematically as:

So, how do we determine if \( \beta_{1} \) is non-zero? We use the estimated value of the coefficient and its standard error to determine the \( t \)-statistic:

The \( t \)-statistic allows us to determine something known as the \( p \)-value, which ultimately helps determine whether or not the coefficient is non-zero.

The RSE is a measure of the standard deviation of the random error term (\( \epsilon \)).

In other words, it is the average amount that the actual response will deviate from the true regression line. It is a measure of the lack of fit of a model.

The value of RSE and whether or not it is acceptable will depend on the context of the problem.

TSS is a measure of variability that is already inherent in the response variable before regression is performed.

RSS is a measure of variability in the response variable after regression is performed.

The final statistician salary regression model has an \( R^2 \) of 0.90, meaning that 90% of the variability in the salaries of statisticians is explained by using years of experience as a predictor.

The multiple linear regression model for the dataset would take the form:

The multiple linear regression model would fit a plane to the dataset. The dataset is represented below as a 3D scatter plot with an X, Y, and Z axis.

The interpretation of the coefficients is also very similar to the simple linear regression setting, with one key difference (indicated in bold). In general, we say that:

Similar to the simple linear regression setting, we perform a hypothesis test. The null and alternative hypotheses are slightly different:

These can also be written mathematically as:

When there is no relationship between the response and predictors, we generally expect the \( F \)-statistic to be close to 1.

If there is a relationship, we generally expect the \( F \)-statistic to be greater than 1.

Similar to the \( t \)-statistic, the \( F \)-statistic also allows us to determine the \( p \)-value, which ultimately helps decide whether or not a relationship exists.

In multiple linear regression, we will receive outputs that indicate the \( t \)-statistic and \( p \)-values for each of the different coefficients.

So, after concluding that at least one predictor is related to the response, how do we determine which specific predictors are significant?

Assume that we had a dataset of credit card balance and 10 predictors.

Forward selection begins with a null model with no predictors:

Then, 10 different simple linear regression models are built for each of the predictors:

Then, a second predictor is added to this new model, which will result in building 9 different multiple linear regression models for the remaining predictors:

This process of adding predictors is continued until some statistical stopping rule is satisfied.

Backward selection begins with a model with all predictors:

Then, the variable with the largest \( p \)-value is removed, and the new model is fit.

Again, the variable with the largest \( p \)-value is removed, and the new model is fit.

This process is continued until some statistical stopping rule is satisfied, such as all variables in the model having low \( p \)-values less than 5%.

Similar to the simple regression setting, RSE and \( R^2 \) are used to determine how well the model fits the data.

In multiple linear regression, RSE is calculated as follows:

However, in multiple linear regression, adding more predictors to the model will always result in an increase in \( R^2 \).

How do we estimate how accurate the actual predictions are? Confidence intervals and prediction intervals can help assess prediction accuracy.

Confidence intervals are determined through the \( \beta \) coefficient estimates and their inaccuracy through the standard errors.

This means that confidence intervals only account for reducible error.

Reducible error isn't the only type of error that is present in regression modeling.

Even if we knew the true values of the \( \beta \) coefficients, we would not be able to predict the response variable perfectly because of random error \( \epsilon \) in the model, which is an irreducible error.

Other Considerations in Regression Modeling

It is possible to have qualitative predictors in regression models. For example, assume that we had a predictor that indicated gender.

For qualitative variables with only two levels, we could simply create a "dummy" variable that takes on two values:

We'd simply use that logic to create a new column for the dummy variable in the data, and use that for regression purposes:

But what if the qualitative variable had more than two levels? For example, assume we had a predictor that indicated ethnicity:

For qualitative variables with multiple levels, there will always be one fewer dummy variable than the total number of levels. In this example, we have three ethnicity levels, so we create two dummy variables.

The new variables for regression purposes would be represented as follows:

Extensions of the Linear Model

Two of the most important assumptions state that the relationship between the predictors and response are additive and linear.

The additive assumption means that the effect of changes in some predictor \( X_{j}\) on the response is independent of the values of the other predictors.

The multiple linear regression model for the data would have the form:

This model states that the average effect on sales for a $1 increase in TV advertising spend is \( \beta_{1} \), on average, regardless of the amount of money spent on radio ads.

In some cases, the true relationship between the predictors and response may be non-linear. A simple way to extend the linear model is through polynomial regression.

For example, for automobiles, there is a curved relationship between miles per gallon and horsepower.

A quadratic model of the following form would be a great fit to the data:

Residual plots are a useful graphical tool for the identification of non-linearity.

In multiple linear regression, the residuals are plotted against the predicted values (\( \hat{y}_{i} \)).

If there is some kind of pattern in the residual plot, then it is an indication of potential non-linearity.

Non-linear transformations, such as log-transformation, of the predictors could be a simple method to solving the issue.

If the error terms are correlated, we may have an unwarranted sense of confidence in the linear model.

Proper linear models should also have residual terms that have a constant variance. The standard errors, confidence intervals, and hypothesis tests associated with the model rely on this assumption.

Nonconstant variance in errors is known as heteroscedasticity. It is identified as the presence of a funnel shape in the residual plot.

One solution to nonconstant variance is to transform the response using a concave function, such as \( log(Y) \) or \( \sqrt{Y} \). Another solution is to use weighted least squares instead of ordinary least squares.

Depending on how many outliers are present and their magnitude, they could either have a minor or major impact on the fit of the linear model. However, even if the impact is small, they could cause other issues, such as impacting the confidence intervals, \( p \)-values, and \( R^2 \).

Outliers are identified through various methods. The most common is studentized residuals, where each residual is divided by its estimated standard error. Studentized residuals greater than 3 in absolute value are possible outliers.

These outliers can be removed from the data to come up with a better linear model. However, it is also possible that outliers indicate some kind of model deficiency, so caution should be taken before removing the outliers.

The red data point below represents an example of an outlier that would greatly impact the slope of a linear regression model.

Observations with high leverage have an unusual value for \( x_{i} \) compared to the other observation values. For example, you might have a dataset of \( X \) values between 0 and 10, and just one other data point with a value of 20. The value of 20 is a high leverage data point.

The average leverage is defined as:

If the leverage statistic of a data point is greatly higher than the average leverage, then we have reason to suspect high leverage.

The red data point below represents an example of a high leverage data point that would impact the linear regression fit.

Collinearity refers to the situation in which 2 or more predictor variables are closely related. Collinearity makes it difficult to separate out the individual effects of collinear variables on the response. It also reduces the accuracy of the estimates of the regression coefficients by causing the coefficient standard errors to grow, thus reducing the credibility of hypothesis testing.

A simple way to detect collinearity is to look at the correlation matrix of the predictors.

However, not all collinearity can be detected through the correlation matrix. It is possible for collinearity to exist between multiple variables instead of pairs of variables, which is known as multicollinearity.

The better way to assess collinearity is through the Variance Inflation Factor (VIF). VIF is the ratio of the variance of a coefficient when fitting the full model, divided by the variance of the coefficient when fitting a model only on its own. The smallest possible VIF is 1. In general, a VIF that exceeds 5 or 10 may indicate a collinearity problem.

One way to solve the issue of collinearity is to simply drop one of the predictors from the linear model. Another solution is to combine collinear variables into one variable.

The chart below demonstrates an example of collinearity. As we know, an individual's credit limit is directly related to their credit rating. A dataset that includes both of these predictor should only include one of them for regression purposes, to avoid the issue of collinearity.

Summary of Chapter 4 of ISLR. Classification involves predicting qualitative responses. Logistic regression, LDA, and KNN are the most common classifiers. 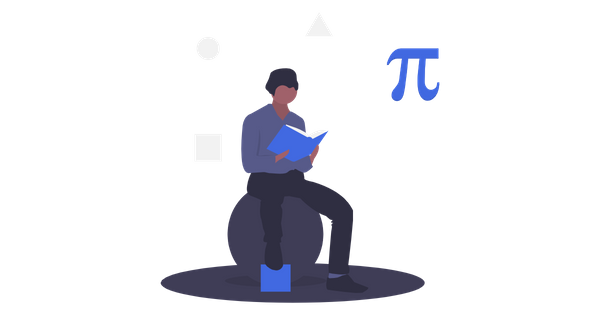 Summary of Chapter 2 of ISLR. Statistical learning refers to a set of approaches for determining what our predictors tell us about our response.