Qualitative variables, such as gender, are known as categorical variables. Predicting qualitative responses is known as classification.

The three most widely used classifiers, which are covered in this post, are:

There are also more advanced classifiers, which are covered later:

Logistic regression models the probability that the response \( (Y) \) belongs to a particular category.

For example, assume that we have data on whether or not someone defaulted on their credit. The data includes one predictor for the credit balance that someone had.

Logistic regression would model the probability of default, given credit balance:

Additionally, a probability threshold can be chosen for the classification.

For example, if we choose a probability threshold of 50%, then we would indicate any observation with a probability of 50% or more as "default."

However, we could also choose a more conservative probability threshold, such as 10%. In this case, any observation with a probability of 10% or more would be indicated as "default."

Additionally, the logistic function can also be rewritten as a logit function:

The logistic regression model for Credit Default data may look like the chart below.

The coefficients are estimated through the maximum likelihood method.

In other words, maximum likelihood chooses coefficients such that the predicted probability of each observation in the data corresponds as closely as possible to the actual observed status.

So, how do we determine whether or not there truly is a relationship between the probability of a class and some predictor?

Similar to the linear regression setting, we conduct a hypothesis test:

In logistic regression, we have a \( z \)-statistic instead of the \( t \)-statistic that we had in linear regression. However, they are essentially the same.

The \( z \)-statistic allows us to determine the \( p \)-value, which ultimately helps determine whether or not the coefficient is non-zero.

The \( p \)-value indicates how likely it is to observe a meaningful association between the probability of a class and some predictor \( (X) \) by some bizarre random error or chance, as opposed to there being a true relationship between them.

What if our dataset had multiple predictors? For example, let's expand our Credit Default dataset to include two additional predictors: student status and income.

What if we had to classify observations in more than two classes? In the Credit Default data, we only had two classes: Default and No Default.

For example, assume that we had a medical dataset and had to classify medical conditions as either a stroke, drug overdose, or seizure.

The two-class logistic regression models have multiple-class extensions, but are not used often.

Discriminant analysis is the popular approach for multiple-class classification.

Linear discriminant analysis is an alternative approach to classification that models the distributions of the different predictors \( (X1, X2, ...) \) separately in each of the response classes \( (Y) \), and then uses Bayes' theorem to flip these around into estimates.

When classes are well separated in a dataset, logistic regression parameter estimates are unstable, whereas linear discriminant analysis does not have this problem.

If the number of observations in a dataset is small, and the distribution of the predictors is approximately normal, then linear discriminant analysis will typically be more stable.

Additionally, as mentioned previously, linear discriminant analysis is the popular approach for scenarios in which we have more than two classes in the response.

Assume that we have a qualitative response variable \( (Y) \) that can take on \( K \) distinct class values.

\( \pi_{k} \) represents the prior probability that a randomly chosen observation comes from class \( K \).

This is the posterior probability that an observation belongs to some class \( K \).

The Bayes' classifier has the lowest possible error rate out of all classifiers because it classifies an observation to the class for which the \( Pr(Y=k|X=x) \) is largest.

Estimating \( \pi_{k} \) is easy if we have random sample data from a population. We simply determine the fraction of observations that belong to some class \( K \).

However, estimating \( f_{k}(X) \) is more challenging unless we assume simple density forms.

\( \sigma_{k}^2 \) represents the class-specific variance. However, we further assume that all classes have variances that are equal.

The Bayes' classifier assigns observations to the class for which the following is largest:

The above equation is obtained through some mathematical simplification of the Bayes \( Pr \) formula.

However, the Bayes' classifier can only be determined if we know that \( X \) is drawn from a normal distribution, and know all of the parameters involved, which does not happen in real situations. Additionally, even if we were sure that \( X \) was drawn from a normal distribution, we would still have to estimate the parameters.

Linear discriminant analysis approximates the Bayes' classifier by using these estimates in the previous equation:

Linear discriminant analysis assumes a normal distribution and common variance among the classes.

For example, linear discriminant analysis could be used on the Credit Default dataset with the multiple predictors.

Fitting a linear discriminant model to the full Credit Default data in the ISLR R package results in an overall training error rate of 2.75%. This may seem low at first, but there are a couple of key things to keep in mind:

For these reasons, it is often of interest to look at a confusion matrix because binary classifiers can make two types of errors:

A confusion matrix is a convenient way to display this information, and looks as follows for the linear discriminant model (50% probability threshold) fit to the full Credit Default data:

The confusion matrix shows that out of the 333 individuals who defaulted, 252 were missed by linear discriminant analysis, which is a 75.7% error rate. This is known as a class-specific error rate.

Linear discriminant analysis does a poor job of classifying customers who default because it is trying to approximate the Bayes' classifier, which has the lowest total error rate instead of class-specific error rate.

Now, linear discriminant analysis correctly predicts 195 individuals who defaulted, out of the 333 total. This is an improvement over the previous error rate. However, 235 individuals who do not default are classified as defaulters, compared to only 23 previously. This is the tradeoff that results from lowering the probability threshold.

The threshold value to use in a real situation should be based on domain and industry knowledge, such as information about the costs associated with defaults.

The ROC curve is a popular graphic for simultaneously displaying the two types of errors for all possible thresholds.

The overall performance of a classifier summarized over all possible thresholds is given by the area under the curve (AUC). An ideal ROC curve will hug the top left corner, so the larger the AUC, the better the classifier. A classifier that performs no better than chance will have an AUC of 0.50.

Below is an example of an ideal ROC curve (blue) versus an ROC curve that indicates that the model performs no better than chance (black).

ROC curves are useful for comparing different classifiers because they account for all possible probability threshold values.

The Y axis indicates the True Positive Rate, which is also known as the sensitivity. In the context of the Credit Default data, it represents the fraction of defaulters who are correctly classified.

The X axis indicates the False Positive Rate, which is also known as the one-minus-specificity. In the context of the Credit Default data, it represents the fraction of non-defaulters who are incorrectly classified.

The ROC curve is very useful in comparing different classification models for the same dataset because it accounts for all possible threshold values. If the AUC of one model is much better than the others, it is the best model to use.

Linear discriminant analysis assumes that observations within each class are drawn from a multivariate normal distribution with class-specific means and a common covariance matrix for all of the classes.

Which method is better for classification? LDA or QDA? The answer lies in the bias-variance tradeoff.

LDA is a less flexible classifier, meaning it has lower variance than QDA. However, if the assumption of the common covariance matrix is badly off, then LDA could suffer from high bias.

In general, LDA tends to be a better classifier than QDA if there are relatively few observations in the training data because reducing variance is crucial in this case.

However, the choice of the \( K \) value is very important. Lower values are more flexible, whereas higher values are less flexible but have more bias. Similar to the regression setting, a bias-variance tradeoff exists.

KNN is a completely non-parametric approach. There are no assumptions made about the shape of the decision boundary. KNN will outperform both logistic regression and LDA when the decision boundary is highly nonlinear. However, KNN does not indicate which predictors are important.

QDA serves as a compromise between the nonparametric KNN method and the linear LDA and logistic regression methods. 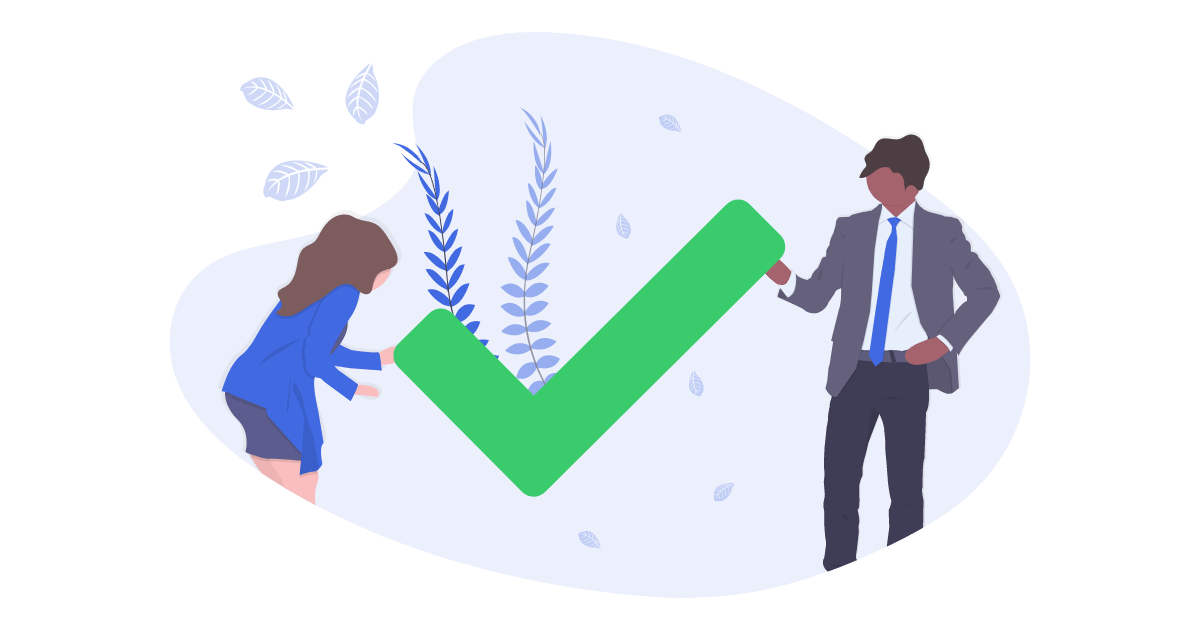 Summary of Chapter 5 of ISLR. Resampling methods allow us to choose a model that has the most predictive power.

Summary of Chapter 3 of ISLR. Simple and multiple linear regression are common and easy-to-use regression methods.