The crude way to test the impact (and what many actuarial departments currently do) would be to build a high-level Excel model that provides a Benefit Adjustment Factor (BAF) for the change. This factor is applied to the Actuarial Value (AV) of the current plan to arrive at the AV of the new plan design. Actuarial Value is also known as the Paid-to-Allowed ratio.

A more accurate way to do this would be through claims readjudication.

Claims readjudication is the process of mathematically readjudicating historical healthcare claims line-by-line, based on the benefit design of the newly proposed health plan.

Assume that we only have one member (John) and the following claims experience on the current plan:

After readjudicating each claim line-by-line on the newly proposed benefit design of a $3000 deductible and 20% coinsurance, the same claims experience would look like this instead:

With the newly proposed benefit design, the AV drops to 20%.

Unfortunately, health plan benefit designs are not as simple as the example presented in the previous section. The introduction of the Affordable Care Act further accelerated the complexity of benefits, and there seems to be no end in sight. For example, we currently have:

Additionally, on top of all of the benefit design complexity, ACA health plans must be priced with a single risk pool. In other words, all ACA members across all plans must be pooled together when setting the prices for plans being offered.

The CMS AV Calculator and complex (yet crude) Excel benefit relativity models are simply not cut out to precisely determine the single risk pool AV of a complicated health plan. On the other hand, Claims Readjudication is highly flexible and unlimited in the complexity that it can account for.

The readjudication example given in the first section was overly simplistic. As already stated, ACA plans must be priced with a single risk pool.

Assume that we offer two health plans with the following benefit designs:

Assume that we'd like to change the benefit design for Plan B by decreasing the deductible to $4500 and increasing the coinsurance to 20%. Let's call this Plan B*.

We now need to readjudicate all of our claims experience line-by-line as if all of it is associated with Plan B* ($4500 deductible and 20% coinsurance). The result is as follows:

Unfortunately, the example provided here is still too simplistic. As already mentioned, health plans are complex, and there are many complications that need to be taken into account to readjudicate claims properly.

In the next few sections, we will not be going over another concrete line-by-line claims readjudication example. It is tedious to come up with an example that incorporates all complications, and the final dataframe would be way too wide to even display on a web page. However, by the end of the post, you'll be able to imagine what a final dataset and readjudication process looks like.

In the examples thus far, we've only considered deductible as a cost-sharing accumulator. Health plans also have a maximum out-of-pocket (MOOP) value. After reaching the MOOP, the member will not pay anymore money for healthcare. Sometimes, the MOOP is the same as the deductible. Sometimes, it is a bit more. Both accumulators need to be tracked in the readjudication process.

To further complicate things, deductibles and MOOPs can have different values for in-network versus out-of-network claims. This is done to encourage members to go in-network instead of out-of-network for their healthcare needs. The in-network and out-of-network accumulators need to be tracked throughout the readjudication process.

There are also deductible and MOOP values for families. Imagine if John & Mary and Bill & Emily were family members on Plan A and Plan B in the previous example. We would have to keep track of their family accumulators and readjudicate accordingly when the values are reached.

Proper tracking of accumulators is just one part of the equation. What if Plan A and Plan B were very different in terms of network discounts? For example, what if Plan A is a PPO plan, with no discount on services? And what if Plan B is an HMO plan, with a 30% discount for inpatient, outpatient, and professional services?

Broad network discount factors are a good starting point for claims readjudication. While most IP, OP, and Professional services will have a discount, some will have a different discount, or none at all. Additionally, different providers in the network may have differently negotiated discounts. It is ideal to have provider and service-level discount data to squeeze out additional accuracy.

Health plans are priced one year in advance, and use the previous year's healthcare experience. For example, early 2020 is when the process of pricing 2021 plans begins. The claims experience from 2019 is used to price the 2021 plans. Due to the rising nature of medical and drug costs, the 2019 Allowed amounts need to be trended forward. Prior to readjudication, medical and RX trend factors are applied to the previous year's Allowed amounts.

Pediatric dental is an essential health benefit, but does not necessarily have to be embedded in a plan, though most plans nowadays have it embedded. It is important to specify the coverage of pediatric dental, and handle the claims accordingly.

Health plans are starting to have new benefits such as:

Claims readjudication is highly flexible, and nearly any type of benefit can be taken into account by simply writing more code. Determining the impact of complicated benefits is a key area where claims readjudication can provide better insight into impact on health plan AVs.

Continuing with our example of Plan A and Plan B, what if the plans differed in terms of the percentage of claims that are in-network versus out-of-network?

When performing single risk pool readjudication on Plan B*, it would be more accurate to first stochastically steer some of Plan A out-of-network claims to be in-network, such that the distribution ends up being similar to the 90%/10% distribution of Plan B.

The same is true for the opposite scenario. If we were readjudicating the single risk pool on Plan A*, we would need to stochastically steer some of Plan B in-network claims to be out-of-network.

Additionally, we could also manually specify the distribution of in-network versus out-of-network that we'd like to see for a plan. This is useful in the case that a new product is being launched, and we don't have prior claims experience, but have well-informed assumptions as to what the claims distribution will be. It is also useful if we expect the distribution of a plan to change in the coming year.

Since claims steerage needs to be done through a stochastic process, it is a good idea to run the readjudication multiple times in order to come up with a mean and standard deviation for the single risk pool AV.

As evident from the many complications of health plan benefit designs, claims readjudication is the best data-driven way of determining the single risk pool AV of a health plan. It provides an accuracy boost over crude Excel models, and results in more accurate and competitive plan pricing in the ACA marketplace. 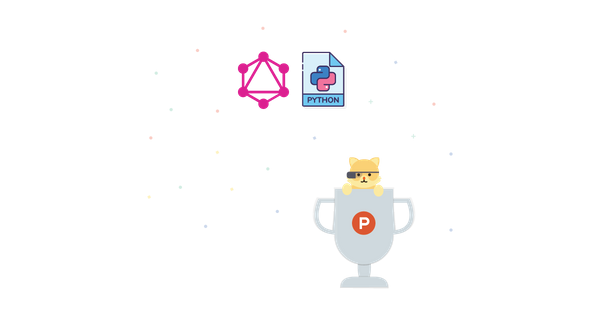 This is a short tutorial on how to use Python to get data from the Product Hunt GraphQL API.